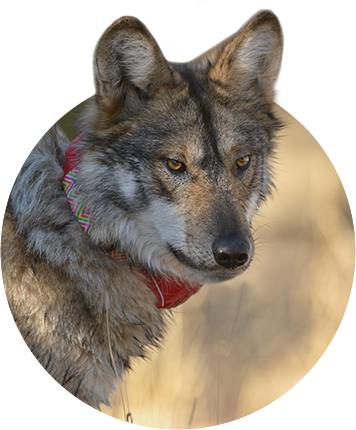 Returning the Mexican Wolf to the Wild

Nothing quite represents the wild like the wolf and its iconic howl. For centuries in Arizona, the call belonged to the Mexican wolf. But as the area attracted more settlers, the Mexican wolf was seen as the enemy of progress and efforts to eliminate it from the state were successful.

In the 1970s, the first discussions around bringing back the Mexican wolf began. Over the decades, Arizona Game and Fish Department, along with other state, federal, tribal, and Mexican wildlife agencies, has been working hard to return this icon of Mexico and the American Southwest to its homeland. And in 1998, the first 11 wolves were reintroduced back into Arizona.

Today, more than 186 Mexican wolves can be found in Arizona and New Mexico, slowly but surely reclaiming their place in the wild.

The Science of Wolf Conservation

What does it take to revive the population of a species that’s been gone for decades? AZGFD has worked closely with other agencies on a recovery plan based on the best science available and inspired by other successful recovery efforts.

The few remaining wolves in Arizona and Mexico were captured for a captive breeding program carefully designed to bring their numbers up while ensuring necessary genetic diversity.

In recent years, AZGFD and its partners have been using an effective process called cross-fostering where hand-selected and genetically valuable captive-born pups are placed into wild dens of the same age. This technique has proven so successful that it is improving several measurements of genetic diversity in the wild Mexican wolf population.

You Can Back the Pack

While reintroduction efforts have been successful thus far, our job is far from over. AZGFD continually monitors the wolf population to track data such as pack size, location and health.

Text AZWOLF to 41444 or visit our Mexican wolf donation page to support our efforts and back the wolfpack. 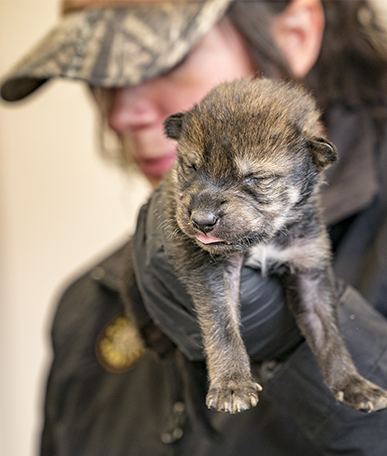 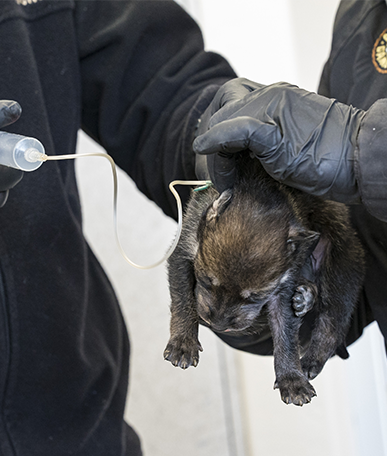 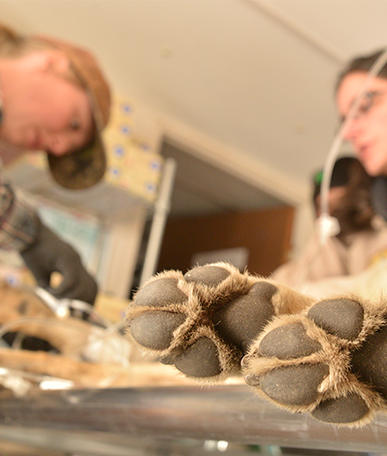 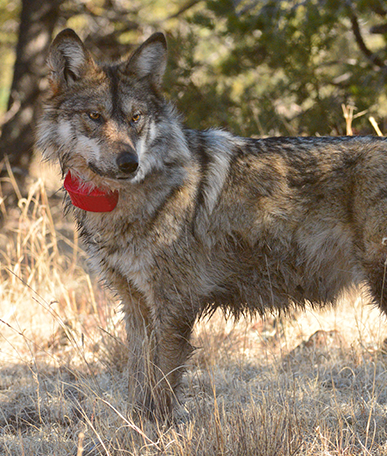 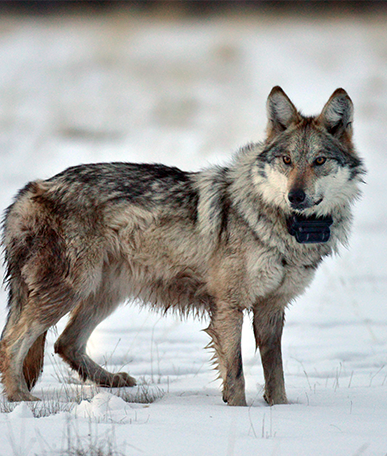 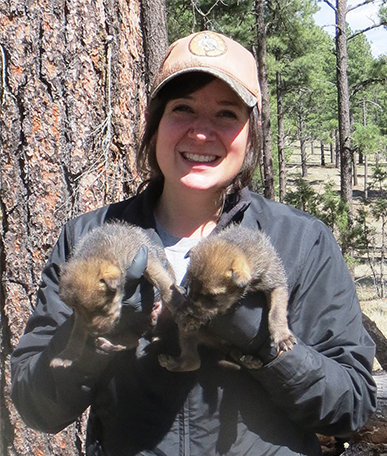 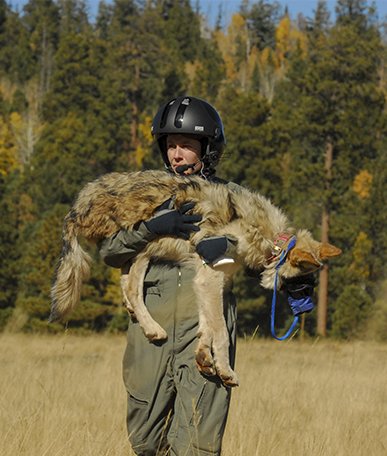