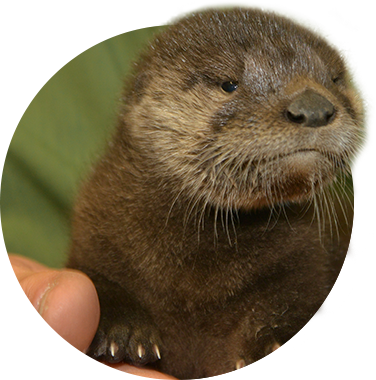 Found dehydrated, starving and infested with fleas, this four-week-old otter was rescued by Arizona Game and Fish as he struggled to get out of a canal. With a pup this young, time was of the essence. The AZGFD team delivered him to a certified wildlife rehabilitation facility, which slowly nursed the pup back to health. Unfortunately, otter pups easily imprint – or form attachments – with humans, meaning he could not safely be returned to the wild. Today, he’s happily showing off his swimming skills to visitors at Out of Africa Wildlife Park. 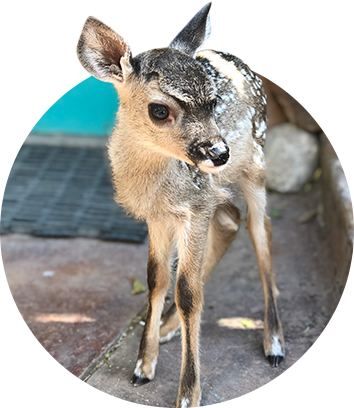 This young white-tailed deer fawn was rescued by Arizona Game and Fish after its mother was hit by a vehicle near Mt Graham in Southern AZ. After the accident, the impressionable 3-week old deer became dependent on humans for survival and could no longer be released back into the wild. AZGFD was able to find him a home at Bearizona, where he now lives happily in a monitored, natural habitat.

Remember, it’s best to leave wildlife alone! In reality, wild animals are rarely abandoned or orphaned. Parents often leave young by themselves for several hours while they forage for food, and well-meaning citizens should always consult AZGFD or a licensed wildlife rehabilitator before taking any action.