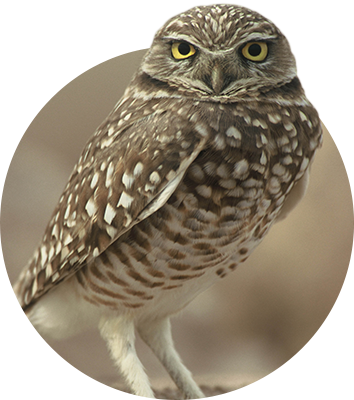 Owls: Burrowing Straight To Our Hearts

The western burrowing owl is one of the most interesting birds of prey in Arizona. Its species name, cunicularia, means “miner”, in reference to this owl’s unusual habit of spending time underground. Their use of burrows makes them susceptible to impacts from ground-disturbing activities. Burrowing owls are increasingly at risk of displacement in the greater Phoenix area due to commercial and residential development. As one of several solutions to help conserve and protect the species, the Arizona Game and Fish Department is relocating these owls to key areas, such as Powers Butte Wildlife Area. Powers Butte Wildlife Area was selected to be a new relocation site as its food plots for other wildlife species provide excellent habitat for burrowing owls, in addition to the exemption of any development in the future.

In November 2020, volunteers from Audubon Southwest and Wild at Heart assisted Department staff in excavating 4-foot deep trenches, and installed 48 artificial burrows with nest boxes, as burrowing owls nest underground. Twelve owls (two males and 10 females), all displaced from developed sites across central Arizona, were released into "release tents" in January 2021. This "soft release" allowed the birds to get acclimated to the burrows, their surroundings, and each other. Dedicated volunteers fed the owls every day for 30 days in the tents, and for a week after the tents were removed. The site will continue to be monitored twice a month through the breeding season (July). Another release is planned for the fall/winter of 2021-2022 to augment the population and to get displaced owls onto the landscape as soon as possible. 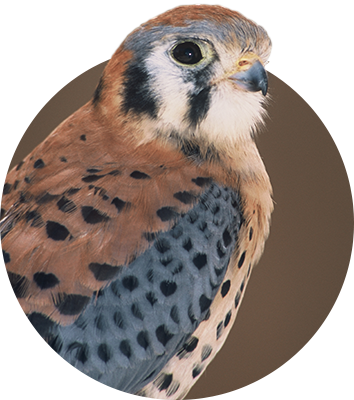 Kestrels: They get by with a little help from friends

The American kestrel, formerly known as the sparrow hawk, is North America’s smallest and most colorful falcon. During the breeding season, kestrels need access to nesting cavities and perches found in trees and saguaros. American kestrels lack the ability to excavate their own nest cavities, so they rely on structures already built by other animals, such as woodpeckers. Although a relatively abundant species, population declines have been detected throughout much of the species range, including Arizona.

To bring awareness to the state’s American kestrel population declines and encourage the placement, monitoring and reporting of nest box occupancy, the Arizona Game and Fish Department, as part of the National American Kestrel Partnership, started the American Kestrel Nestwatch Project in Arizona. This volunteer-based project aims to provide cavity nesting opportunities for breeding American kestrels, to monitor productivity rates of the species in Arizona, and establish an infrastructure where Arizona can participate in larger range-wide studies of American kestrels.

Through the project, artificial nest boxes are built with simple raw materials and placed all across Arizona on Federal, State, Tribal and private lands. Involved entities span from federal, state, tribal, non-profit and private landowners that have placed and monitored boxes. This project gives the Department the opportunity to start learning about American kestrels and facilitate rangewide studies of the species. The hope is that, through early studies of the species, factors influencing American kestrel declines can be identified early and addressed long before populations require additional protections, such as ESA listing. 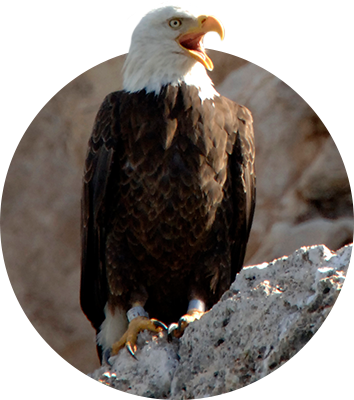 Once endangered, bald eagles have been slowly growing their numbers around the country. Thanks to the careful work of the Arizona Game and Fish Department and its partners on the Southwestern Bald Eagle Management committee – a coalition that includes government agencies, private organizations and Native American tribes – we’ve made good progress recovering bald eagle populations in Arizona.

From tracking just 11 breeding pairs in 1978, we monitored an estimated 69 pairs in 2018. Even more importantly, breeding pairs produced 87 hatchlings and 70 “fledged” eaglets, or eagles who successfully take their first flight from the nest, beating 2017’s record highs. With continual monitoring and habitat protection efforts, we hope to help this majestic bird flourish in Arizona once again. 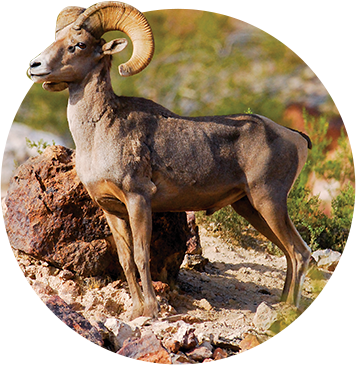 How Did the Bighorn Sheep Cross the Road?

The bighorn sheep population in northwest Arizona is important to outdoor enthusiasts of all types, yet highways have separated this population. As a result, wildlife-vehicle collisions, interference with access to adequate water and lack of habitat connectivity disrupt bighorn and put their population health at risk.

In a historic and innovative collaboration with the U.S. Fish and Wildlife Service, Federal Highway Administration, and the Arizona Department of Transportation, the Arizona Game and Fish Department created a solution that saves the lives of bighorn sheep and people. To alleviate vehicle collisions with bighorn sheep along a busy 15-mile stretch of Highway 93 north of Kingman, three wildlife overpasses and adjacent funnel fencing were constructed. This infrastructure allows wildlife to cross over the road safely, helping to keep populations connected to their habitat and reducing the risk for motorists and wildlife.

The success of this project led to collaboration with an unlikely partner: Nevada, who was concered the construction of the new Interstate 11 would have devastating consequences on wildlife habitats. Working with Nevada Department of Wildlife, Nevada Department of Transporation and other agencies, Arizona Game and Fish assisted with the design and implementation of the crossings, which is already showing positive results with active monitoring. 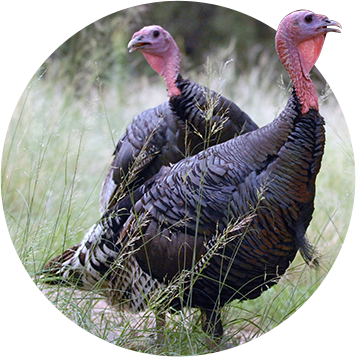 Proud to Be Called A Turkey

One of Arizona’s two native turkey species, Gould’s turkeys were once common in southern Arizona. Plentiful at one time, they were an important food source for those who settled and worked in the rugged lands of the south. However, by 1930 they had disappeared from Arizona’s landscape. 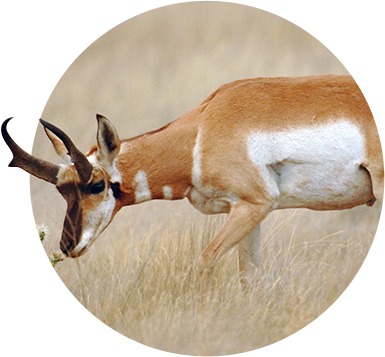 Pronghorn on the Move

One of the strategies for pronghorn recovery is to establish additional populations to prevent a single regional catastrophic event from causing loss of the species from Arizona. The Arizona Game and Fish Department has a large database of locations derived from intensive research efforts conducted on Sonoran pronghorn dating back to 1994. We examine areas used by radio-collared pronghorn to determine which landscape, terrain and vegetation feature best explain the pattern of habitat use by pronghorn. Results from our study will guide future relocation sites of Sonoran pronghorn in Arizona and the rest of the U.S. This not only increases the probability of successful translocation; it helps ensure opportunities for current and future generations of outdoor enthusiasts to experience and appreciate this iconic representative of Arizona’s wildlife. 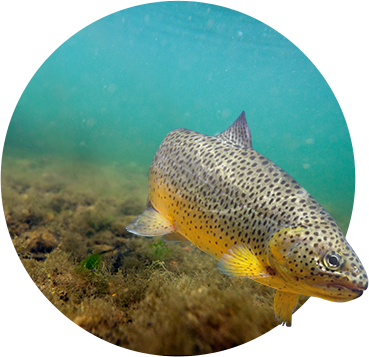 Arizona’s state fish was once nearly driven to extinction by overfishing and the introduction of non-native trout species, becoming one of the first species to be federally listed as endangered in 1969.

For the past 40 years, the Arizona Game and Fish Department have worked together with the White Mountain Apache Tribe, US Fish and Wildlife Service, and USDA Forest Service to restore Apache trout habitats and increase populations. The hard work has paid off significantly—anglers can once again fish for Apache trout in designated streams, and populations are nearing the criteria to be removed from the endangered species list altogether. 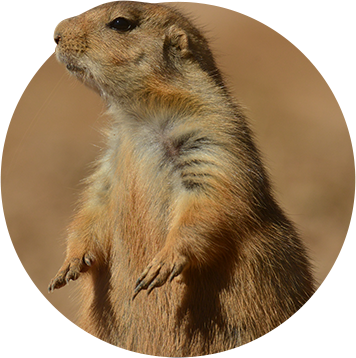 Little Pups on the Prairie

Sometimes the true value of an animal isn’t known until it’s gone. Native to southern Arizona, the black-tailed prairie dog once flourished, until expanding agriculture and ranchers’ efforts to poison these “pests” drove them out for good.

As it turns out, the prairie dog is an essential part of the grasslands ecosystem. Other plant and animal species suffered as a result of the prairie dog’s expulsion. Today, efforts to reestablish these perky pups on protected lands are slowly gaining ground, with two successful reintroductions and more planned for the future. Soon, this special species will be right back home on the prairie where they belong. 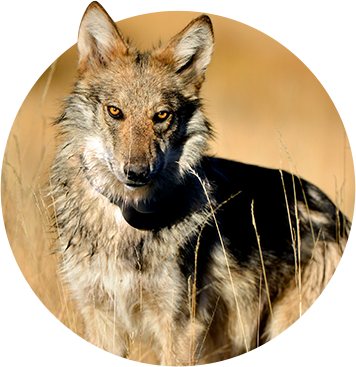 The Mexican Wolf’s Call Returns to the Wild

Mexican wolves once roamed the Arizona wild. But as the Wild West attracted more settlers, these wolves were pushed nearly to extinction to protect livestock and give hunters one less predator to compete with.

It’s taken four decades of collaboration between multiple states, national and international agencies to agree upon and execute a recovery plan for the Mexican wolf. Using science-backed methods that included captive breeding and cross-fostering, Arizona Game and Fish managed the reintroduction of 11 wolves into Arizona in 1998. Today, we’re proud to have more than 100 Mexican wolves thriving in the Arizona wild.